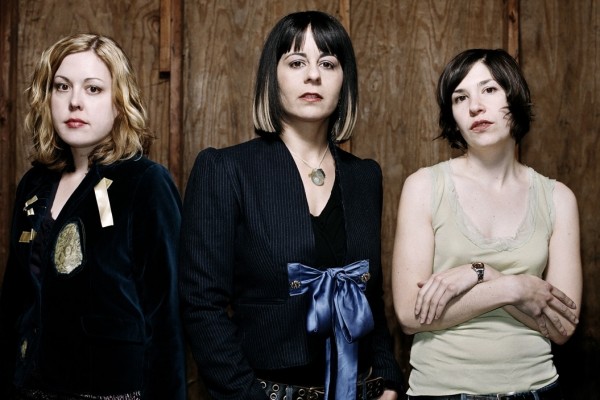 The three members of Sleater-Kinney reunited onstage over the weekend for the first time since 2006. Carrie Brownstein, Corin Tucker and Janet Weiss -- along with Peter Buck and Scott McCaughey of R.E.M. -- joined Pearl Jam at the Moda Center in Portland during the band's cover of Neil Young's "Rockin' in the Free World."

Sleater-Kinney broke up in 2006, a year after releasing The Woods. Brownstein and Weiss formed Wild Flag a few years later, in 2010, while Tucker has performed in The Corin Tucker Band. Brownstein of course also developed and has continued to star in the hit IFC sketch comedy series Portlandia alongside Fred Armisen.