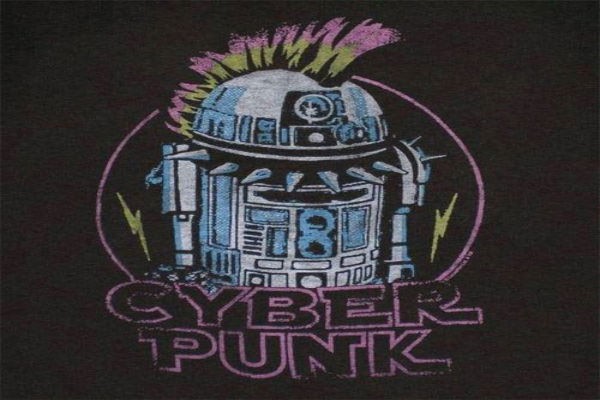 Hello everyone and welcome to Navel Gazing: your look back in the week in Punknews. I'm Brittany Strummer and I'll be your guide through some of the juiciest, most popular and otherwise noteworthy stories from the last seven days. Remember, every Punknews story is built from tips from our wonderful, good-looking readers, so get to submitting. Here's what got the strange, slow and old community talking this week:

Click below to check out this past week's collection of new streaming music, features and interviews. You'll also find our new weekly Q&A and where you can find the Punknews staff to yell at on Twitter. Talk amongst yourselves and we'll see you Monday morning.

Tonight We're Going To Give It 35% 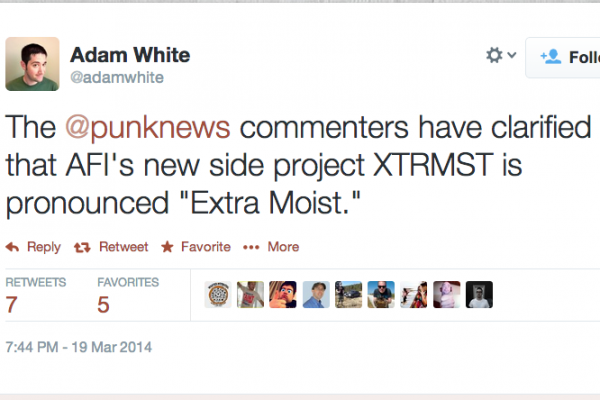 Punknews content is syndicated to a handful of your favorite social networks, including Twitter, Facebook and Tumblr. Join our Last.fm group and contribute your listening habits to our weekly charts. All of our high definition video footage can be found at Vimeo.

Here's your question and answer of the week from the Punknews Formspring:

Q: 1) In your opinion, what was the best series of sampler comps (e.g. Hopelessly Devoted to You, Fat Music, Give Em' the Boot, etc.)? Why?
2) Should Fat Wreck do another Short Music for Short People?

A: One of punk rockâs great assets is its legion of fantastic comp albums. Comp albums work particularly well for punk rock because the songs are usually short, so you get a whole bunch of different flavors rapidly, and also that punk bands can sound extremely different form each other, making each track especially unique.

As to the Fat Short Music comp, I like that comp a lot because it really magnifies what makes the bands on it either seem so great or so lousy. Some bandâs 30 second songs are so good they feel like they are 5 seconds and you play the over and over for like 10 times in a row. But, other bands just seem so bland that their 30 seconds feels like five minutes. Plus that comp is cool because it has a lot of unique tracks/mixes of songs, which is always fun.

Iâm not sure a sequel would be that great, at least for me. The comp seems set in the 90âs to me, so a sequel just wouldnât seem as unique or fun. Plus, that comp had a lot of the legends on it- Black Flag, GWAR, The Damned, Dwarves- and even Green Day, Rancid, NoFX, and those guys in their prime, so it would be tough to compare. Though, Iâd love to see another comp based around a theme.

As to comp series, there are a lot of really, really awesome ones. Fat Music for Fat People was good, but for me, it was a little too monosonic. I kind of like the harder nastier punk. Hopelessly Devoted to You didnât quite have the hits, I think. I was a big fan of the first three Hell Cat Give em the Boot series. I liked how those comps had a really big range of sounds- from ska to Leftover Crack to F Minus to Rancid to actual Dancehall to pop-punk (AND AN EXCLUSIVE JOE STRUMMER TRACK!)- though I think after #3, it got a little weaker. I listened to #1-4 a few months ago, and while some of the songs might be a little cheesy, overall, that series holds up very strongly.

What comps do you like? There are A LOT of phenomenal single volume comps- Let Them Eat Jelly Beans, The Decline, etc etc etc etc etc. -John G

The People Must Have Something Good To Read 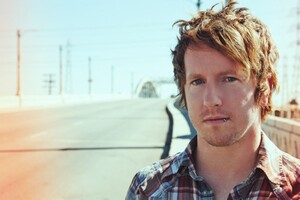 In the past few weeks we've spoken with a number of bands and artists. Don't miss out on these interviews: