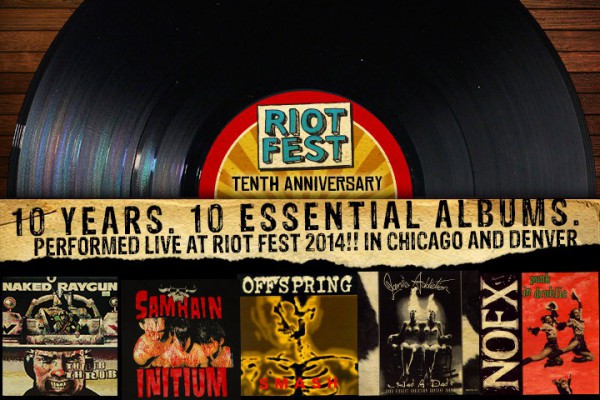 At Riot Fest Chicago this year, ten bands will be playing full album sets. Nine of the bands have been announced and one surprise band is still left to be revealed. The nine bands known to be playing full-length sets are:

Weezer, Slayer, and NOFX will also do the full-album sets at Riot Fest Denver.