Under the radar bands to see at Fest 13 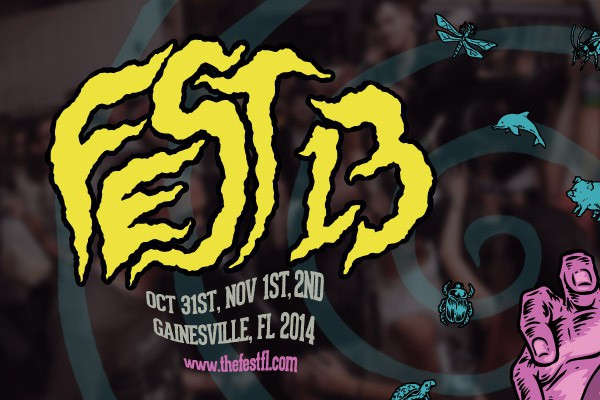 by Adam Eisenberg 8 years ago

It's the most wonderful time of the year. No, not Christmas - Fest. As the leaves begin to change and the sun sets a little earlier, punks from all over the world will once again descend on downtown Gainesville to see their favorite bands, eat delicious local grub and generously offer high-fives to friends old and new.

You already know about the big names performing at this year's shindig, like the Descendents, Hot Water Music, Mineral, Marked Men, Strike Anywhere, Less Than Jake, Chixdiggit and the Melvins. But you might not know about many of the lesser-known bands who are also playing. That's why we've put together this handy guide to some of the best under-the-radar bands playing Fest 13. If you're looking to fill an empty spot in your schedule, look no further, and if you encounter a long line for a big name or just want to check it something new, this is a great place to find an alternative that might become your new favorite band. 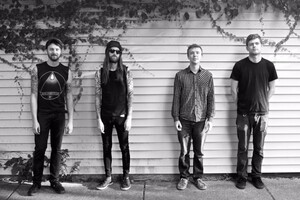 We all know that Philly has been producing the best bands of late. But, let's take a second to remember Chicago's legacy by acknowledging one of their up-and-coming bands, Typesetter. This four piece brings an up-the-punx remix to the Restorations sound, provides a thrashy, energetic live performance and is sure to start your weekend off right. Plus, the dudes play at Loosey's, so get yourself dried off from the pool party and head into the heart of the excitement and catch this band. Wild's End, their brand new full-length on Black Numbers is your next most-played album. – Britt Reiser 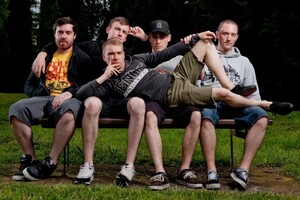 Some bands are just so good that you cannot pass them up come Fest time, especially if they are a foreign band and rarely tours the U.S. Coming from the land down under, Australia's Anchors is definitely far from home. If you love melodic, technical punk in the vein of A Wilhelm Scream, No Trigger, Strung Out and Strike Anywhere, then Anchors is definitely the band to see. Vocalist Brett Horsley belts out some scratchy, catchy and angry lyrics that highlight the sounds of technical guitar shredding. Their latest effort, Lost at the Bottom of the World, is jam packed with catchy tunes like "Safety First, Then Teamwork" and "Death Rattle." This will be their second go-round at Fest, and this time around they will be bringing out Trey Derbs from their label mates Heartsounds to fill in on drums. Go see them! I promise you will have a shredding great time. – Samantha Barrett 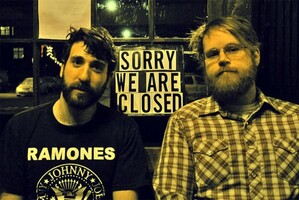 Hey, you. Yeah, you. Do you like beer? Do like big sing-along choruses? I thought so. Then slam a beer and sing-along with Seattle's Dead Bars during their set at Fest 13. If you're not familiar, Dead Bars are playing their first Fest after two releases this year on No Idea Records – a self-titled 7-inch and a split with Gainesville's Sunshine State. The band's sound calls to mind the gritty pop punk of bands like Dear Landlord, but with a Pacific Northwest twist that has nothing to do with flannel. If you like songs about drinking, the trials of daily life and the Seattle Mariners, pencil Dead Bars into your Fest 13 schedule. – Adam Eisenberg 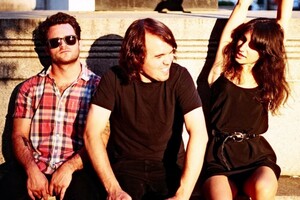 This band's about versatility. If you're hell-bent on grungey, dirty punk, then they've got that in store for you. Conversely, if you're looking for fuzzy shoegaze-pop, then they'll flip the script here as well and suspend you in remarkable disbelief. Mannequin Pussy is one of those bands that have a very expansive and wandering sound which somehow weaves together with an amazing symmetry at nearly all corners. Not only is Gypsy Pervert their crowning jewel of 2014, but it's also their landmark that announces just why they're here to make waves. It's a personal statement that blankets how unconventional punk can be and overall, is a great snapshot of a band that makes beautiful, contemplative music and that is readily available to switch gears and vent their anger and frustration on what makes the world go round. Hazy and distorted, melodic and telling…and then some. A band that roughs it well when need be and a band that tempers the moment down to suit your emotions when you need space for the world to settle. – Renaldo Matadeen 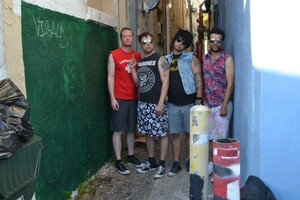 Hailing from "a very distant land, not too far from here," (a.k.a. Miami, FL), Pool Party plays "pop punk drenched in snot," according to a review of last year's Pool Party Party . The quartet, made up of Hands Gloveless, "Inner" Toobs Malloy (an always-on-duty lifeguard who performs CPR on the willing), Dick Dumb and Creep Guirdo are a South Florida favorite and their shows are a combination of ridiculous tropical attire, even more ridiculous one-liners, and fast, poppy songs with shades of The Queers and The Dwarves thrown in for good measure. Don't take my word for it, however. Head over to their Bandcamp and judge for yourself. – Mark Little 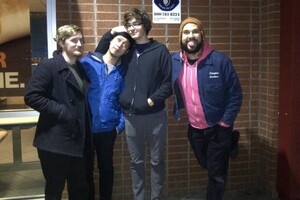 Shinobu is the long-kept secret of San Jose. Their lineup reads like a supergroup -- Mike Huegenor of Classics of Love and Hard Girls, Bob Vielma a.k.a. famed bay area emcee Boboso (who once rapped with Jesse Michaels over a Van Halen sample and also rapped with Jeff Rosenstock about sex toys), Matt Keegan of Bomb the Music Industry!, and drumming wunderkind John Fu. But the band's sound is decidedly more college-rock than those other groups. Grabbing inspiration from Pulp, Sonic Youth and Japanese punk, the band flips between somber musings and vicious, violent, combustion that will make your ears bleed. This music is both intelligent and brutish. They also have several songs about cats. In fact, Vielma actually produced an entire compilation that focused on cats exclusively. That's not weird at all… – John Gentile 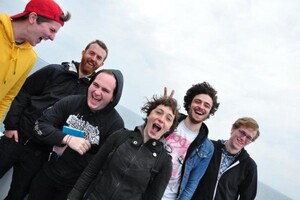 Caves are one of the great bands from the UK playing this year's Fest. And they are absolutely intense. Both on record and live. After supporting Andrew Jackson Jihad in the UK, the band are finally getting some well-deserved attention. They are also about to release a new record, Leaving, which is already looking as though it's going to be great. Before that, though, they're playing Fest 13, and it would be ridiculous to miss them as they showcase new material a couple of days before the new record drops. The amount of energy and noise which radiates from the band in a live setting is also absolutely unmissable, from the pummeling drums to the wall-of-sound guitars and feedback. They're a noisy punk band who play their songs fast and loud. What could more could anyone possibly want at Fest? – Max Qayyum