Groezrock announcement includes Social Distortion, Millencolin, Against Me! and many more 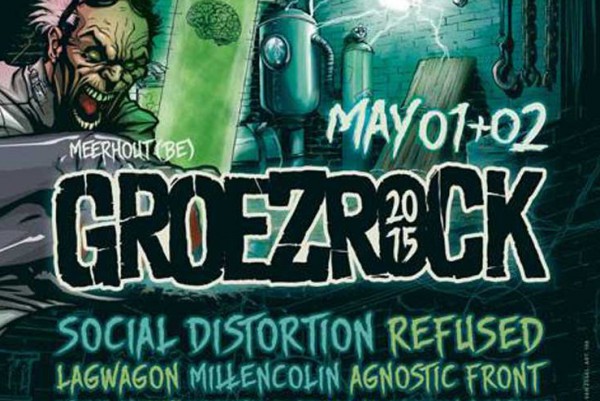 Contributed by alex101, Posted by Mark Little 8 years ago

Groezrock has announced its lineup (give or take the other 46 bands that are yet to be added). Among the bands playing alongside previously announced headliners Refused will be Social Distortion, Lagwagon, Millencolin, Agnostic Front, Atreyu, Unearth, Defeater, Comeback Kid, Against Me!, The Dwarves, Bane, Title Fight, Trash Talk, Make Do and Mend, Banner Pilot, Such Gold, Frenzal Rhomb, Teenage Bottlerocket, Off With Their Heads, The Smith Street Band, The Swellers, Direct Hit! and Cancer Bats.

Groezrock will take place on the 1st and 2nd May 2015 in Meerhout, Belgium. You can click here for the complete current lineup.