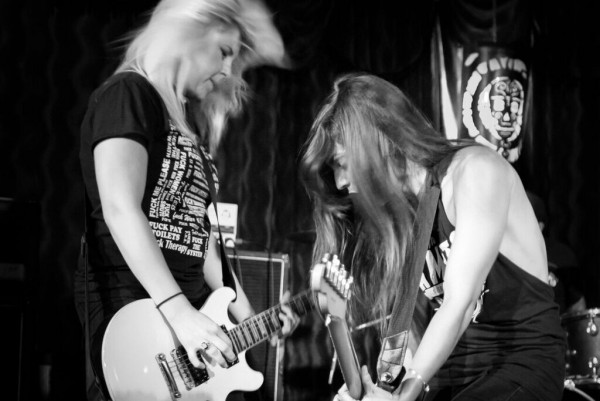 The Bombpops have been a force to be reckoned with in the Los Angeles and San Diego punk scenes for nearly a decade. By releasing several EP's through Red Scare (and self-releasing another in early 2015), playing tons of local and DIY shows and opening for bands such as Swingin' Utters, The Suicide Machines, NOFX and the Descendents they have made quite a name for themselves. 2017 is going to be their year though. They were recently signed to Fat Wreck Chords and they are releasing their first full-length called Fear of Missing Out on February 10, 2017.

Punknews editor Ricky Frankel caught up with vocalists and guitarists Jen Razavi and Poli Van Dam to talk about getting signed to Fat Wreck Chords, the new album, the label "female-fronted band," how Brandon Carlisle of Teenage Bottlerocket helped with what would become one of the songs on the new record, the current Los Angeles punk scene versus the San Diego punk scene and quite a bit more. Plus, Ricky introduces the theme song for his podcast interviews! Listen to the conversation below or on iTunes.