Jawbreaker to reunite for Riot Fest 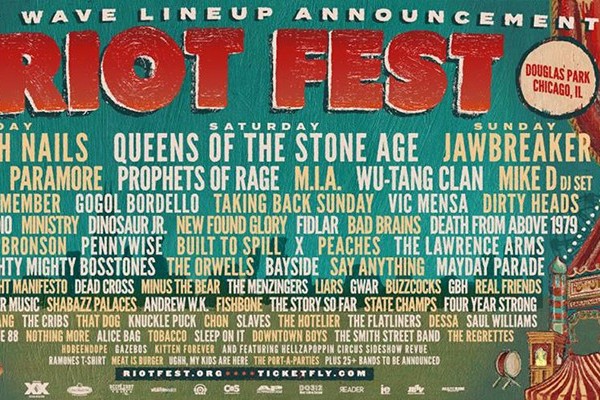 Riot Fest has released the lineup for this year's event, and one of the more notable entries is the legendary Jawbreaker as the headlining act on the fest's final night. Jawbreaker broke up in 1996 after the release of their one and only major label release, Dear You. Rumors of a reunion have been circling for years with no confirmation but, Jawbreaker fans, it appears that this is it!

Other acts playing include Nine Inch Nails, Queens of the Stone Age, Prophets of Rage, Pennywise, Wu-Tang Clan, Bad Brains, X, The Lawrence Arms, Buzzcocks, The Menzingers, The Mighty Mighty Bosstones and plenty of others. Riot Fest takes place at Douglas Park in Chicago, IL from September 15 to 17. Tickets and other information can be found at riotfest.org.

Videos: One Armed Joey: “You and Your Friends Are Dead (Game Over)”

Videos: Face To Face: "Say What You Want"