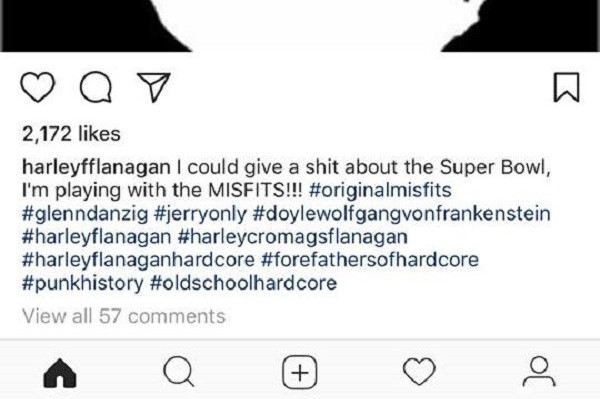 On May 19, the The Misfits will play their fifth show since reuniting with Glenn Danzig in Newark, New Jersey. Previously, the opening acts were announced as Suicidal Tendencies (also featuring Misfits reunion drummer Dave Lombardo) as well as Murphy's Law. A third opening act has been added to the bill. Harley Flanagan of the Cro-Mags will usher in the proceedings. Harley released the Cro-mags album in 2016 and has stated he is working on new material. As discussed in his recent autobiography, just prior to the recording sessions for the Misfits classic Earth A.D., Harley states that he asked to drum for the album, making the opening slot have a certain significance.