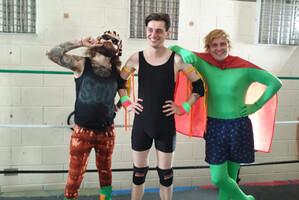 Good Friend, who were recently named "Ireland’s sexiest punk band," are not letting any of the multiple global crises slow them down- Pandemic, Brexit, and fascists be damned. You’ll find Adam Carroll, Andy Reid, and Izzy Curran in the ring banging out lion-hearted punk rock with an unyielding resolve. With the release of the Erin Rose EP and a rescheduled tour with Red City Radio, Good Friend are ready for 2021. Punknews Contributor Ida Eskamani interviewed singer Adam Carroll about the band's newest release and what’s ahead. 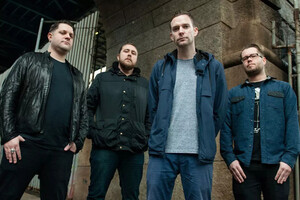 Vinnie Caruana talks I am the Avalanche's new album

It’s been six years since their last album came out, but I Am the Avalanche are back with DIVE . Punknews Max Qayyum called vocalist Vinnie Caruana over Zoom from a wet and windy England, while Caruna was outside in the California mountains. They discussed what it’s like to release music during a global pandemic, how the band has evolved over the past fifteen years, as well as balancing I Am the Avalanche and The Movielife. Check out the interview below. 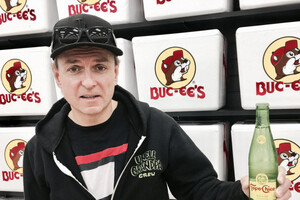 Dale Crover of the Melvins on his new solo LP, the Bowie mix, and Hell

Rat-a-tat-tat, the new album by Dale Crover of Melvins is DARK. It has songs about dying when you're not ready to die. It has songs about busting up people trying to draw you into high school style drama bullshit. It has totally WHACKED out experimental tracks that sound like something out of Bowie's Low which were then assigned to a demented computer program. The black grime circulates throughout this bad boy. But, the weird thing is, Dale is a pretty happy-go-lucky kind of guy!

Dale has been drumming for the Melvins for almost 40 years now, and he is the boom-bapper of all boom-bappers. He brings the raw power of Bonham and the artsy-fartsy touch of Dennis Davis. So, on Rat-a-tat-tat, he merges his thunder-God smash with a decidedly creepy atmosphere.

To get to the bottom of this weird trip, Punknews' John Gentile spoke to Dale about the new album (out January 15 via Joyful Noise), how mix a cool record, and where the blackness comes from. You can check it out below. 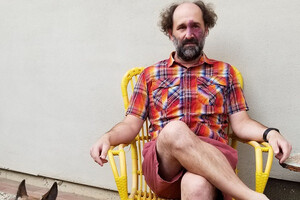 In April 2021, Clash books will release Aaron Carnes' In Defense of Ska. The book is an astounding piece of music history. The book explores the history of ska, ruminates on modern ska, and takes, deep, deep, deep dives into obscure ska factoids. Via hundreds and hundreds of interviews with musicians, Carnes weaves the stories involving the big name hitters (Less than Jake, Reel Big Fish, Fishbone) with the medium size ska-champs (Skankin' Pickle, MU330, Bomb the music Inudustry!), with the forgotten bands that only Carnes knows. Carnes himself played in the post two-tone/pre-3rd wave band Flat Planet, Roadied for Skankin' Pickle, and also worked at Asian Man Records.

Today, we're excited to debut a chapter from the book. The chapter looks at how the local ska scene received Propagandhi's controversal tune "Ska Sucks" and how Propagandhi responded to criticism of the tune. Punknews' John Gentile also interviewed Carnes about the book.

You can pre-order In Defense of Ska right here!. Meanwhile, you can read the excerpt below, right now! 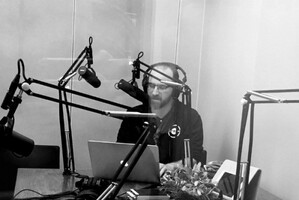 Roman Mars has kept Radiotopia -- his wildly popular podcast company -- independent in a time when podcasting has become a multi-million dollar business. What does he owe the decision to? Values learned in the DC punk rock scene. Punknews contributor Graham Isador recently spoke with Mars on his punk roots, the 99% Invisible podcast, and his new book. 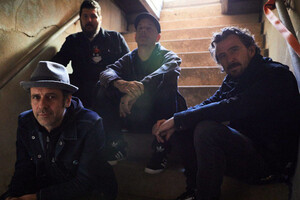 Bouncing Souls just released their new album, Volume 2 . The album finds the band reworking older tracks into a new context and a new tune. To that end, Punknews Gen handley spoke to the band's Greg Attonito about the release. You can check that out below. 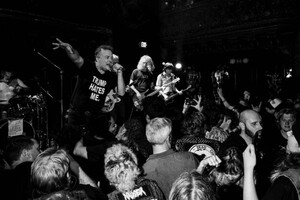 You can check out part one right here,, part two here, part three here, and part four here! You can read the fifth and final part below, right now.

You can check out part one right here,, part two here, and part three here! You can read Part Four below, right now.

You can check out part one right here, and part two here! You can read Part three below, right now.

You can check out part one right here. You can read Part two below, right now.

The Big Talk with Jello Biafra (Part One)

Of course, the new album blasts Trump- a lot. But, it also goes deeper and looks at the machinations behind the machinations. And perhaps somewhat surprisingly, a few times, Biafra opens up about himself, instead of what's going on during this insane year.

In order to dig into the album, Punknews' John Gentile called up Biafra to chat about the record just before midnight. In true Jello style, he was wrapping up a label meeting, preparing things for a charity auction, and answering e-mails like it was three in the afternoon. The pair talked for hours and covered the new record in detail, the upcoming election, that recent pesky Dead Kennedys remix, selfies, and a LOT more.

Because the chat was so wide ranging, we will be presenting this discussion in multiple parts over the next few days. Today's segment begins just as AT is wrapping up their meeting- label manager, Dom Davi is lamenting that Jello once chastised Davi for standing still during a concert with his arms crossed. Davi says, "Jello said to me, 'Do you even like music?'" Strangely, the comment seems to slightly wound Biafra, who is as fiery on stage as he is sensitive to his own feelings and the feelings of others. Biafra responds, "I don't even remember saying that…". Davi, appears to be shocked as he now learns that a comment that has affected him for the past few years was really just a forgotten aside. And, that's where our interview begins…