by Aubin Paul Movies and Documentaries Contests 13 years ago

On December 2, 2008, Image will be releasing Vans Warped Tour 2007. Shot during the 13th year of America's longest-running touring festival, the one-hour DVD features breaking and established bands from the annual summer-long tour.

We've got five copies to give away. 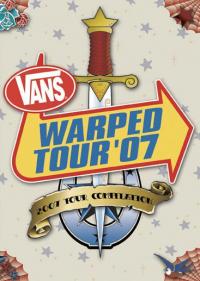 The Prizes 5 winners will receive:

The Jesus Lizard to reunite in 2009