by Aubin Paul Relapse 8 years ago

The friendly folks of Pig Destroyer have revealed the details for their upcoming full length and first since 2007's Phantom Limb. Titled Book Burner, the October 23, 2012, will be released as a normal 19-song album and as a deluxe version featuring a number of punk covers of songs from Black Flag, Misfits, Angry Samoans, Negative Approach, Circle Jerks, Minor Threat, and Void.

The deluxe editions will also include a short story, titled The Atheist, penned by frontman JR Hayes. It is described as "a post-apocalyptic tale about a decaying world taken over by the violence of religion." 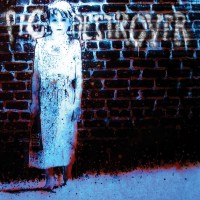 Deftones to release 'Koi No Yokan'