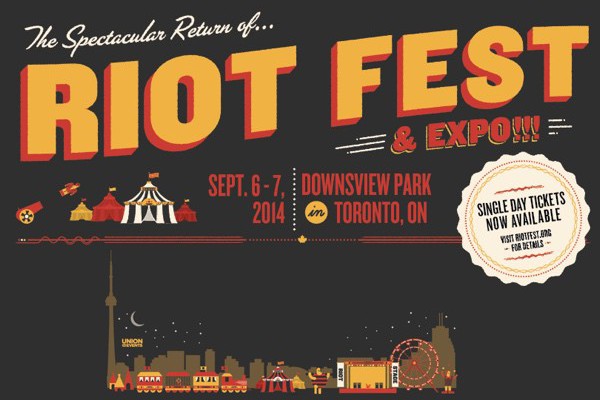 by Adam White Festivals 7 years ago

The 2015 edition of Riot Fest in Toronto will feature a reunion of Alexisonfire along with a number of high profile headliners including Wu-Tang Clan, Rancid and MotÃ¶rhead. The event will see veteran acts like Drive Like Jehu, D.O.A. and Echo and the Bunnymen sharing the stage with popular groups including Against Me!, Frank Turner, Thrice, GWAR and Andrew W.K.. Further headliners are expected to be announced in mid June, with early bird tickets for the event on sale now..