Fastmusic has been putting out records since 1999. They are most well-known for their discovery of Cooter, now known as Autopilot Off [who were signed to Island for several years]. The label has also worked with Dave Smalley sideproject The Sharpshooters, pop-punks the Unzung Zeros [now on Eulogy], and Sewing With Nancie [who are now known as The Reason].

The Hitchhiker's Guide to Rock and Roll

Take A Look At Yourself 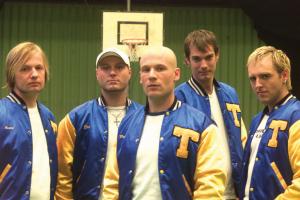 The Independents touring this fall

Independents, Dangerfields back on tour

Anti-Anti on the road