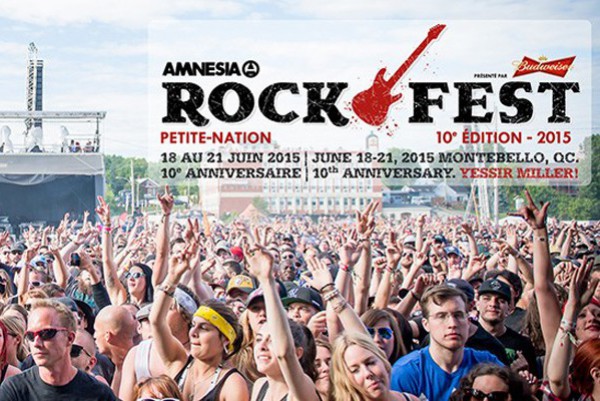 Contributed by alex101, Posted by Mark Little 8 years ago

Billed as the largest rock festival in Canada, the lineup for the tenth anniversary edition of Amnesia Rockfest has been announced. The event, which will be held at the Montebello Marina in Quebec, is scheduled from June 18-21, 2015.

The festival's organizers promise "several other surprises and secret performances are in store for festival-goers." Tickets are on sale now at the festival's website.

Videos: Retox: "Without Money, We'd All Be Rich"