Riot Fest - which we are co-sponsoring this year - has announced a huge lineup of artists for the 2013 festival. Some of the notable performers include: Fall Out Boy, Blink-182, Violent Femmes, Motorhead, Rancid, Blondie, Sublime with Rome, AFI, Public Enemy, Brand New, Flag, Guided By Voices, Rocket From The Crypt, Bad Religion, All Time Low, Taking Back Sunday, Pierce the Veil, Atmosphere, The Dismemberment Plan, Dinosaur Jr., Best Coast, DeVotchka, The Broadways, Screeching Weasel and Pennywise.

The 3-day festival takes place in historic Humboldt Park in Chicago. (Fun fact: The Ferris Wheel was invented for the Chicago World's Fair in 1893. There were no survivors. Yes there were. It was fine. ) 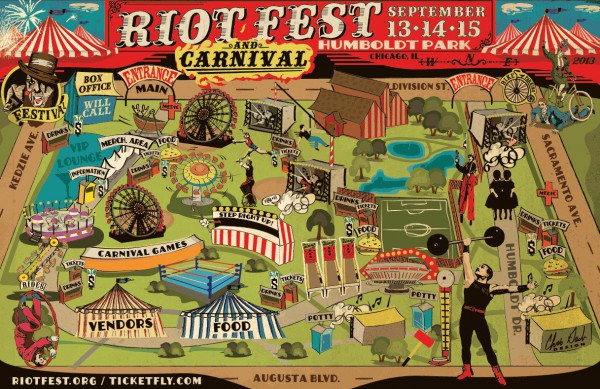