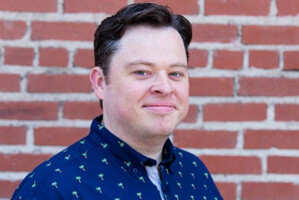 Podcaster Justin McElroy Appears on This Might Be A Podcast

Punknews contributor Greg Simpson is bringing you an all new episode of This Might Be a Podcast, a show for They Might Be Giants superfans. On this episode, Professional podcaster and hilarious dude Justin McElroy of My Brother, My Brother and Me, The Adventure Zone and Sawbones joins Greg to talk about "Pet Name," a song just resurrected for live shows this year (that will hopefully continue in the fall). We even found a Yahoo Answers post about pet names to get him comfortable, and we've curated a boatload of great covers for you all. 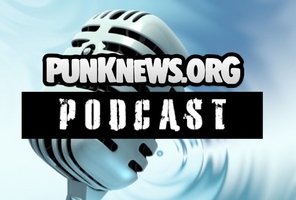 Check out Episode #490 of the Punknews Podcast!

Episode #490 of the Punknews Podcast is now up! In this installment, Hallie’s back to talk The Fest 19, COVID festival cancellations, new Fucked Up sideprojects, whether ska’s making a comeback, and what the OG anarcho-punkers think of Bob Vylan! 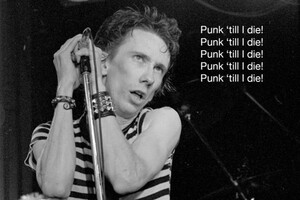 Punk Till I Die Podcast #28

On episode #28 of the Punk Till I Die Podcast, the crew catches up with Dave (Nikki) and Alex from the Parasites. Dave talks about the band's early days, wrestling the name away from Ronnie the psycho, being in Berkeley during pop punk's '90s heyday, the fall of Lookout! Records, and running his own label, Kid Tested Records. Six Parasites' songs, spanning the band's career will remind you just how good of a songwriter Dave really is. This one is for fans of Boris the Sprinkler, The Queers, Screeching Weasel, Nobodys, MTX etc… Punk Till I Die! You can click here to check out the latest episode. 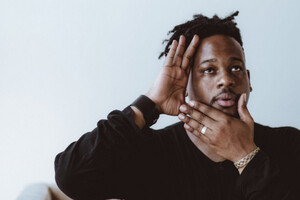 Open Mike Eagle appears on This Might Be A Podcast

Punknews contributor Greg Simpson is bringing you an all new episode of This Might Be a Podcast, a show for They Might Be Giants superfans. On a very special episode Greg is graced by Open Mike Eagle, art rapper, voice actor, Comedy Central show cohost and notable TMBG fan, to talk about the deep deep deeeeep cut "Weep Day." Mike is such a superfan of They Might Be Giants, evident by picking a song that was written in 1983, never placed on a proper album, and wasn't even released publicly until 1992 and not widely until 1997.

Mike helps give a good primer to people unfamiliar with his own work, which includes a song where he lifts lyrics directly from "Weep Day" as homage. He talks about growing up in the projects on the South Side of Chicago, and how he thrived on all kinds of media, from nerd culture touchstones like comic books and cartoons, rock and roll from Nirvana to The Pixies, and thoughtful artistic genre-crossing hip hop like Tribe Called Quest and De La Soul. We play clips of his influences and his work, including songs from his show's soundtrack, one being a collaboration with Method Man.

In talking about this odd song Weep Day and its hilarious origin story, we discuss silly things like them using the word "urine," and how the song is a hyperactive samba. We also get serious to discuss possibly reasons why TMBG doesn't find the ears of black youth, skewing the band's fanbase fairly white. Mike brings great insights by telling how he got into them and why perhaps black kids today aren't getting into them. It's a great discussion, check it out below!

Check out Episode #489 of the Punknews Podcast!

Episode #489 of the Punknews Podcast is now up! In this installment, we check in on John, Tom, and Adam in quarantine. We also talk the New NOFX video, The Stooges' John Cale mix, New records from the Suicide Machines, and Screeching Weasel!

Punk Till I Die Podcast #26

On episode #26 of the Punk Till I Die Podcast, Tom and Neil talk to The Lippies bassist Kole. They chat about the band getting together, breaking up, and then getting back together again. You'll find out how they got signed to Red Scare, what they've been up to lately, and how they're dealing with not being able to tour. Features songs from The Lippies and The Bloody Lips. A lot of folks have found themselves with unexpected time on their hands, and it's a perfect opportunity to catch up on Punk Till I Die. Now on Spotify! This is another long but fun one! You can click here to check out the new episode. 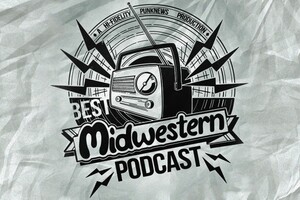 The Best Midwestern podcast, with hosts Greg Simpson and Scott Heisel, continues to explore the US midwest state-by-state, here's what Greg has to say about this outing: "On the 9th installment of our state-by-state series, it's the state you've been on the edge of your seat for 8 months for… Kansas! Seriously though, Kansas rules. From being a hub for the second movement of jazz in the 1930s-1950s to rad under-appreciated 80s punk to late 90s emo, Kansas has it all, baby!" Click below to check it out or subscribe in iTunes.

Check out Episode #487 of the Punknews Podcast!

Episode #487 of the Punknews Podcast is now up! In this installment, John, Tom, and Adam are under quarantine, baby. NOFX has a new song too, but the world's falling apart so you know where we waste our time. Listen to the Episode right here!

Check out Episode #486 of the Punknews Podcast!

Episode #486 of the Punknews Podcast is now up! John, Em, and Adam grapple with our virulent new reality, recorded last week when things seem downright quaint compared to now. At least Adam got to be COOLDAD one last time before the bloodwave hit. Listen to the Episode right here!

Also, the Podcast has a Facebook page that you can check out right here!.

Punk Till I Die Podcast #22

Punk Till I Die Podcast #22 features a wild interview with former GWAR member and current Mobile Deathcamp frontman Todd Evans. The one time Beefcake the Mighty gives a completely unfiltered account of growing up in the Detroit thrash and punk scenes in the '80s, touring the world with the Scumdogs of the Universe, and hustling with his current crossover thrash project. This one is very funny and very filthy. But be warned - it's not for the faint of heart or easily offended. Punk Till I Die! You can click here to listen to the new episode.

OK, we're back to posting about the Punknews Podcast on the site proper! In Episode 485, Hallie's back for an episode full of politics, with a ton of bands lining up with Bernie Sanders in the States. This episode was recorded pre-plague.
Also, we have a Facebook page now. Check out the new Episode below!