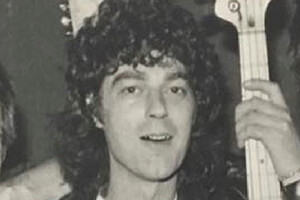 Sandy Sanderson of Deviants and Pink Fairies passes away

Unfortunately, last night, bassist Duncan "Sandy" Sanderson of The Deviants and Pink Fairies passed away. His son was with him at his time of passing. Sanderson was the only member of both of those groups to be on every album (not counting the later day, USA based Mick Farren's Deviants). As a member of the Deviants and Pink Fairies, Sanderson was an important figure of psychedelic rock, and perhaps even more so, was an important figure in bridging psyche music into proto-punk and eventually punk. We send our condolences to Sandy's family, friends, and fans. Hear some of his recordings below.

Read more
In Memoriam 31 weeks ago
0 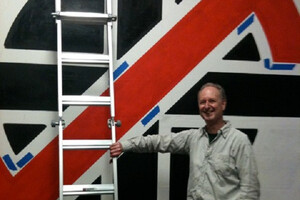 Dave King, designer of Crass logo, has passed away

Unfortunately, late last week, artist Dave King, who designed the Crass logo and many other works passed away. The cause of death was not revealed. King was born in England in 1948, but more recently, resided in San Francisco.

Steve Ignorant of Crass stated: "I'm absolutely gutted to have to tell you that Dave King, who designed the Crass symbol, has died. He was a bloody good mate and I'll miss him. My thoughts and arms reach out to Dionne, his soulmate of many years. But we can all take comfort in the knowledge that a part of Dave is emblazoned on people's bodies all over the world. See you later Dave. You'll never be forgotten. Here's to you mate. Steve"

Read more
In Memoriam 33 weeks ago
0 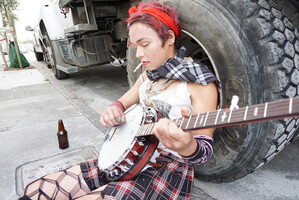 Unfortunately, earlier this week, Sam Sadowski, who released an EP as Closet Fiends on Fat Wreck Chords. Sadowski passed away peacefully while sleeping in Sadowski's apartment in San Francisco. The cause of death is not yet known.

Sadowski was born on May 4, 1994. in 5th or 6th grade, Sam picked up a guitar and without any warning or prep, played at a school assembly to great affect. Sadowski did a few summers of a “school of rock” camp, working on the instrument.

Following that, Sadowski had bouts of homelessness. Scott Sturgeon of Leftover Crack and Fat Mike of Nofx ran into Sadowski during one of Sadowksi's periods of homelessness, which resulted in the Closet Fiends recording.

Sturgeon reflected on meeting Sadowski: "I had met Sadowski at a drop-in center. Sadowksi and a friend told me how much they loved my music. Sadowski's friend, Alex, who’s legally blind, recognized my voice from my records and asked if I was who I am, surprisingly. They told me that Sam was a musician and I asked if there was anything that I could hear. Sam's friend let it slip that there was a song on YouTube. I think that Sam was embarrassed about it. But I found it that night and it blew me away. The lyrics, the writing, the crazy chords and above all the voice. Just an amazing performance. I called Mike and came over that night or at he next day to play him the video and I believe it was the next afternoon that we got on our bicycles and searched the tenderloin and found Sam. We brought Sam to the guitar center near the tenderloin. We got Sam to play all of the original songs that Sam could remember in the “acoustic room”. It was chilling just how good the performance was. I think we brought Sam straight to the studio that very day."

There will be a memorial for Sam in Austin at a later date. You can see the video Sturgeon showed to Mike, which was recorded while Sam was in high school, below.

Read more
In Memoriam 34 weeks ago
0 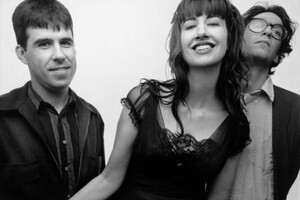 Kim Shattuck has passed away

Unfortunately, Kim Shattuck of The Muffs has passed away. About an hour ago, reports broke that Kim passed away this morning after a two year battle with ALS. She was 56. Punknews sends its condolences to Kim's family, friends, and fans. This story is developing.

Read more
In Memoriam 34 weeks ago
0 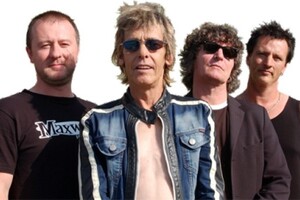 Barrie Masters of Eddie and the Hot Rods has passed away

Unfortunately, Barrie Masters, singer of Eddie and the Hot Rods, has passed away. He was 63. Reportedly, he passed away suddenly and no cause of death has been announce, as of yet. The band issued a statement: “It is with extreme sadness we announce the passing of the legendary Barrie Masters. As you can expect, this sudden news is a huge shock to the band and family. We welcome tributes posted to our Facebook and Twitter sites which will be passed on to Barrie's family. More news will follow.”

Read more
In Memoriam 36 weeks ago
0 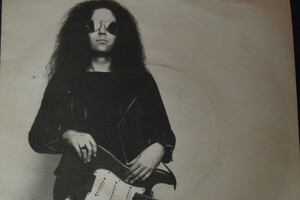 Larry Wallis of Pink Fairies and Motorhead has passed away

Unfortunately, on September 19, guitarist Larry Wallis passed away. Wallis played an important hand in the earliest days of punk, recording proto-punk singles with the Pink Fairies, Mick Farren, and a few solo singles. He then moved on to the first iteration of Motörhead and recorded the band's first album with Lemmy Kilmister and Phil Taylor. Those recordings were initially shelved, but were first released in 1979 as On Parole. Wallis also served as an in-house writer and producer for the iconic Stiff Records. Later in his career, he recorded with Wayne Kramer and the resurrected Pink Fairies. Our condolences go to Wallis' friends, fans, and family. Hear some of Wallis' music below. 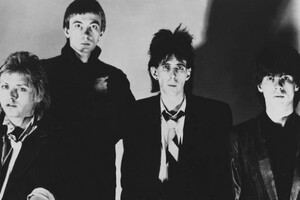 Ric Ocasek has passed away

On Sunday, Ric Ocasek of The Cars was found dead in his Manhattan townhouse. He was 75 years old. Paulina Porizkova, his wife of 28 years, found him on Sunday afternoon. (The two had been living separately for a year or two.) Police were called and declared Ocasek dead at the scene. No cause of death has been determined, but foul play is not suspected. We will keep you updated.

Read more
In Memoriam 37 weeks ago
0 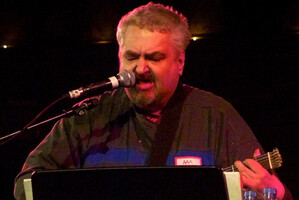 Daniel Johnston has passed away

Unfortunately, Daniel Johnston has passed away. He was 58 and died of a heart attack. Punknews sends its condolences to Johnston's family, friends, and fans. If more details develop, we will let you know.

Read more
In Memoriam 41 weeks ago
0 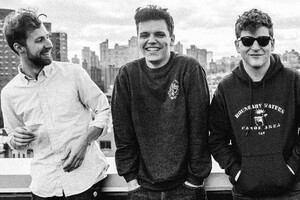 Phil Haggerty of Somos passes away

Phil Haggerty, guitarist of Boston-based indie act Somos has passed away. The band made an announcement of his death on Saturday, stating only that he had passed away earlier that day. No cause of death has been released at this time.

Somos was prepping to release their third LP this coming Fall via Tiny Engines (which released their debut LP, Temple of Plenty in 2014). Somos' most recent LP was 2016's First Day Back on Hopeless Records.

Read more
In Memoriam 42 weeks ago
0 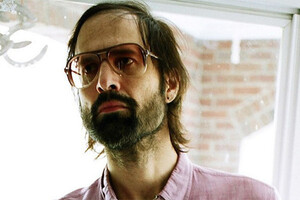 David Berman, founding member indie act Silver Jews, has passed away at age 52. Berman formed Silver Jews in 1989 along with Stephen Malkmus and Bob Nastanovich (of Pavement fame). Malkmus and Nastanovich soon left and Berman became the only constant member during the band's tenure, until their break up in 2009. During their twenty-year run, Silver Jews released six studio LPs, the final being 2008's Lookout Mountain, Lookout Sea.

Berman passed away yesterday, August 7th, 2019. No cause of death has been announced.

He most recently formed Purple Mountains, who released their debut, self-titled LP this past July via Drag City Records. This was his first new music since the disbandment of Silver Jews, and Purple Mountains were due to begin a nationwide, month+ tour this Saturday.

Punknews extends our condolences to the family, friends, and fans of David Berman. 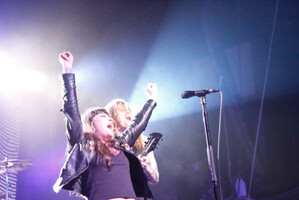 You end up writing too many obituaries in this gig. Although even when it's about an artist you love, you can manage to find some small measure of objectivity. There's some comfort to be found in the barrier that separates them, the performer, from you in the audience. It's never entirely real. Having to do this for one of our own is far more difficult. Former Punknews contributor Brittany Strummer is no longer with us. To try and make some sense of this, and to attempt in some incomplete way to capture how Brittany's enthusiasm and love for music impacted all of us, we asked a few of her friends to share their stories. 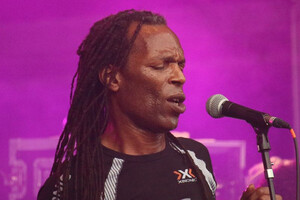 Ranking Roger has passed away

Unfortunately, Ranking Roger of The English Beat passed away a few hours ago. The Beat issued a short statement: "“He fought & fought & fought, Roger was a fighter.” Sadly Roger past away a few hours ago peacefully at his home surrounded by family. Roger’s family would like to thank everyone for their constant support during this tough time. More to follow in the coming days. RIP ROGER! "

Roger had been battling cancer for some time. Roger began performing and recording around 1978, was a seminal figure in two-tone ska, and performed through recent years, both with the Beat and as a solo performer. We send condolences to Roger's friends, family, and fans. 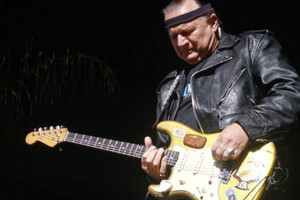 Dick Dale has passed away

On Sunday, legendary guitarist Dick Dale passed away. He was 81. The cause of death was not known, but he had been battling poor health for some time and even mentioned in interviews that he needed to continuously tour just to cover medical expenses. Dale was born Richard Monsour in Boston in 1937. In the late '50s and early '60s he developed what is now known as surf rock and went on to influence many, many musicians including East Bay Ray, Jimi Hendrix, Eddie Van Halen, Ry Cooder and the Beach Boys. Punknews sends condolences to Dale's family. 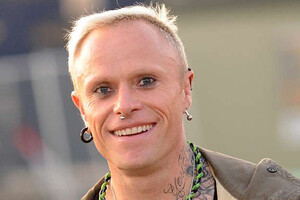 Keith Flint of The Prodigy passes away

Keith Flint of The Prodigy has been found dead in his home, aged 49. An Instagram post by band-founder Liam Howlett states that the cause of death was by suicide, although the police have yet to formally announce a cause of death.

Aside from his vocals Flint, who was a member of the band's original lineup, was instantly recognizable due to his personal style and fashion sense. He also performed and recorded for several other acts, including solo.

During Flint's tenure, the band released seven LPs, a live album, and a plethora of EPs and singles.

Punknews' thoughts go to out to Flint's fans, friends, and family. 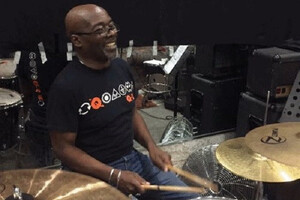 Andy Anderson, formerly of the Cure, passes away

Andy Anderson, who drummed for The Cure from 1982 to 1984, passed away. He was 68 and was suffering from cancer. Anderson also drummed for Iggy Pop, Peter Gabriel, Isaac Hayes, and others. You can see a statement he issued shortly before his passing along with some of his recordings below.